Wholonomic Cosmology starts from the premise that “The Whole” has always been, inherently transcending what we understand as time-space-energy-action-matter. Scalar principles are inherent and from non-lineal spontaneous conditions – non equilibrium core particles of avidya, separation from wholeness appear over perhaps 100’s of billions of years until a critical mass appears triggering consolidation events leading to the cosmos. Big bang evidence is a remnant of lightspeed and distance.

Space is the multidimensional oneness or wholeness of all things.  Space is the one Original Substance that always has existed and always will exist. This undefinable oneness does not come from nothing, is absolutely original, independent, self-defining, self-supporting and complete. Space is visually finite yet eternal in principle. Space has or needs no beginning or ending, it simply exists forever as universal wholeness.

There is no need for a “Big Bang” to explain why the universe is expanding in the way that it is. Instead of exploding from a tiny point, the universe is cyclically replacing itself with new waves of galactic creation.

A very gradual accumulation of particles of quantum energy particles have precipitated through spontaneous non-lineral stabilizations of zero point flux, the Fabric of Space itself embodying Pure Principle. This is where Principle intersects with Appearance.

Throughout eons of time has been emerging unthinkably vast proto electro mass.

Universe here reached criticality with unlimited amounts of gaseous material around 13  billion years ago. But before what we call the big bang there was massive activity.

The notion that somehow all this came from a Mindless Big Bang, perfectly aligned with over twenty constants for there to even be laws of physics and even a Universe of Creation and that it was able to accidentally form into a whole, vast life-bearing universe without collapsing too soon or expanding too rapidly is to say the least, unreasonable.

That an event so unlikely and far-fetched that the chances of ever actually happening is practically nonexistent. To assume even that space-time continuum had a beginning is unnecessary.

Also an event horizon of 16 billion light-years where galaxies recede faster than light and will never be seen by us, making it seem as if the universe started near that point in time.

What most likely lie beyond this dark horizon of time and opaque space?

In the distant past in this portion of THE UNIVERSE there was nothing but a cold vast void, with no stars except some scattered few ancient black holes left over from a previous universe cycle.

Because space is inherently saturated with scalar possibility, space is expanding. Whatever may be left over from any previous universes may have continued to “expand” over the cosmic horizon never to be seen again.

This dark or Scalar Expansion force galaxies to move apart at accelerating rates in all directions,

There are waves or phases of creation; never a “Big Bang” of an impossibly huge amount of quantum energy all at one time.

Rather a continuous and harmonious flow of quantum energy throughout all space lasting indefinitely and resulting in vast clouds of prematter “Holons”, original units of Avidya formed by Quantum Chance leading eventually to the components of physical matter, atoms in the form of plasmas electrons and root particles forming the atomic building geometry condensing either directly from dark energy or stepped down from higher scalar vibrations transceived by quantum events that created the prematter originally.

Scalar energy is the originator and is the quantum fluctuations of space, zero point energy demonstrated by the Casimir effect and cavitations.

Each wave of creation begins as a boundless, dark and foggy mass that took perhaps  hundreds of billions of years before the critical density of quantum energy events accumulated thick enough to begin condensing. This multi-particle fog  contained vast clouds of hydrogen, helium and lithium plasmas as free electrons and nuclei.

With the influence of magnetic and electrical, and gravitational forces, vast clouds of plasma formed into knots that condensed into massive stars some larger than billions of solar masses. These protostars  consumed and  blew off vast volumes of gas into space causing a chain reaction of more star formation and fusion of hydrogen, helium, etc. into heavier elements throughout the cosmic sea of wholeness.

Within a few hundred-million years of the beginning of this first wave of star formation, the largest stars collapsed into vast black holes with polarized streamers and huge halos of star clouds of quantum matter.

Some of the largest stars or clusters of stars quickly burned out and collapsed into vast gamma-ray bursting black holes that later became quasars and finally the centers of elliptical and spiral galaxies thousands of light-years across.

Three to twelve billion years later, galaxies became much larger and more regular in shape such as the elliptical and spiral galaxies that exist today. Second and third generation stars with heavier elements formed allowing for solar systems with solid planets bearing living organisms. Smaller stars tend to be much more stable and commonplace and will continue to light up the galaxies for another five to one-thousand billion years. The smallest stars red dwarfs will shine the longest.

These fluctuating zero-point fields lead to a reintroduction of an aether since some systems can detect the existence of this.

The Universe been found to be perfectly “flat” and not at all spherical or gravitationally curved in any way as one would expect from any universe expanding from a single point. A flat universe 156 billion light years wide,actual present-day estimated size of the “Big Bang” universe if the light horizon did not exist that started from a tiny point only 13.73 billion years ago sounds amazingly contradictory and requiring such a precise value of critical density as to again be extremely unlikely.

Some discrepancies, Big Bang theorists had to come up with an inflationary model in which the whole universe somehow exponentially expanded from a tiny point to a space billions of light years in diameter in a very small fraction of a second! This expansion rate is not only many, many times faster than the speed of light, but still would not be enough to completely remove all of the remaining “curvature” out of the observable universe. Since no general curvature can be found at all and the overwhelming evidence that it is zero point energy and not the original Big Bang expansion that is driving galaxies apart.

Where did all that incredible ultra-concentrated infinite energy of the Big Bang come from? How can all that perfectly focused energy come from nothing, let alone be so infinitely dense?

This event, to occur would be the most outrageous violation of the law of energy conservation possible. How does pure energy develop into hundreds of billions of galaxies most likely populated with trillions of civilizations without simply dispersing into space as radiation and/or as countless trillions and trillions of separate particles? Everything coming from a tiny point is the most unlikely way imaginable to create a universe.

“The presence of such fully evolved galaxies so early in the life of the cosmos is hard to explain and has been a major puzzle to astronomers studying how galaxies form and evolve.” –ScienceDaily (April 4, 2008)

This observation and others like it such as vast structures discovered at the very edge of the visible universe, and the perfect flatness of space observed right out to the distant cosmic horizon contradict the Big Bang hypothesis.

•Porteage- Tokens •Non-Fungible IperDtokens •  •Fungibility is the property of a[...] 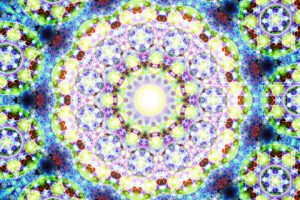