Globamid – Collective Intelligence Can It Save the Planet?

Home UncategorizedGlobamid – Collective Intelligence Can It Save the Planet?

Globamid – Collective Intelligence Can It Save the Planet?

Even before launching the MIT Center for Collective Intelligence, Thomas Malone was trying to imagine how work could one day be done differently. A professor at the MIT Sloan School of Management, he was a founding co-director of the Initiative on Inventing the Organizations of the 21st Century, and in general, has continuously explored how “to help society take advantage of the opportunities for organizing itself in new and better ways made possible by technology.”
Some of those ways offer interesting paths to sustainability—but the paths are to sustainability as Malone defines it, which doesn’t mean a world in which everything is built to last. “It’s often the case that good thing are sustainable, but sometimes things are sustainable but not good,” he says. “And sometimes things are good but not sustainable.”
In this installment of the MIT Sustainability Interview series, Malone addresses the mental models that impede management progress, the role of collective intelligence in solving climate problems, and his view of how wrong people are about what business is for. He spoke with MIT Sloan Management Review Editor-in-Chief Michael S. Hopkins.

How do you define sustainability?

I can tell you what I think people usually mean by the term, and then I’ll tell you why I’m not a huge fan of it. I think by sustainability people mean a quality of organizations or businesses that makes them sustainable over the long term. Certain kinds of practices will work for a while but are not sustainable over the long run, and sustainability is about the need to call attention to doing things differently in an economic sense, an environmental sense, a social sense, or even a personal sense.
I’m not a huge fan of that definition. There are some times when it is good, from a human point of view, to do something for a little while that isn’t sustainable in that form indefinitely. Some companies can serve a very valuable purpose for a few years and then go out of business. For instance, I’d say that Netscape made a huge contribution to our whole society by popularizing the technology for web browsing in the mid-1990s. And the fact that Netscape has now mostly disappeared into the bowels of AOL doesn’t decrease the importance of what they did then. I’m sure you remember Jim Collins’s famous book called Built to Last, about how to create companies that will last for a very long time. Well, longevity is nice, but it’s certainly not the only good thing for companies to aim for.

You mean, for example, alternatives like the classic “Hollywood” model of putting an enterprise together to do a particular thing—make a movie, in Hollywood’s case—and then disbanding it when the project’s done?

Right. So here’s how I think about sustainability. There is a large group of people who think that Milton Friedman had it right when he said that a company should be in the business of making profits for its shareholders—as much profit as it can without “breaking the rules” of society or governments—and that anything else is just inefficient use of societal resources.

How do you define sustainability?

Which sustainability issues will have the biggest implications for managers?

What threats and opportunities will sustainability-related concerns present?

What obstacles keep organizations from acting on sustainability problems/opportunities?

I think that that argument is much more limited than is usually believed. The most important limitation is that Friedman assumes all stockholders want to maximize profit. That’s true for some stockholders, but certainly not for all. When I last looked at this number—about five years ago—roughly 10% of all the investment funds under professional management used some form of social responsibility screening in their investment decisions. Ten percent is not a majority, but it’s a pretty significant minority, up from about zero percent 10 or 20 years earlier. That says to me that some significant fraction of people already are making important financial decisions on the basis of criteria that are not solely financial.

The last chapter of my book The Future of Work: How the New Order of Business Will Shape Your Organization, Your Management Style, and Your Life (Harvard Business School Press, 2004) is really about what you could call a larger, more ambitious notion of sustainability. The chapter title I used was “Putting Human Values at the Center of Business,” and by that I meant that businesses can be used to accomplish a very wide range of human goals, not just making money. Business is a human enterprise, not just an economic one, and if we lose sight of that fact, we run the risk of undermining what businesses could do for us.

The assumption that goes along with that assertion is that if we put human values at the center of business, then we will, of necessity, be thinking about sustainable activities. Things that are lasting, nurturing.

Do you think “sustainability” isn’t a useful term and should be avoided?

There’s a collection of articles several of us put together in 2003 called Inventing the Organizations of the 21st Century. One of the chapters is a manifesto we wrote called “What Do We Really Want?” You’ll recognize a lot of the names of faculty who were involved with this. And we did use the term sustainability there, I think partly influenced by Peter Senge, who was a member of the group. We talked about environmental sustainability, social sustainability and personal sustainability. So, it’s not that I’m completely opposed to the term; I’ve used it. I just worry that it’s too limited.

I think that there are lots of reasons to believe that environmental issues are going to become much more important for businesses. Something like a carbon tax or cap and trade policy is very likely to become important in the next five years, or 10 at the most. There are many people who believe if we don’t solve this environmental problem, we won’t have to worry about any other problems.

Are you one of those

I consider myself open to evidence on this question. My current belief, based on what I know so far, is that that is correct. That if we don’t figure out some way of dealing with this problem, it’ll take care of all the other problems, because we won’t be here to face them.
We have a big project in the Center for Collective Intelligence on global climate change. We call it the Climate Collaboratorium. The starting premise is that many people would say that global climate change is one of, if not the most, important societal problem we face. And if ever there was a problem that needed the most collective intelligence we can muster, this would be one of them.
So what can we do? How can we harness the collective intelligence of thousands of people all over the world and whatever computational resources they can take advantage of to help us humans figure this out?
Why do you think harnessing collective intelligence can be so powerful in tackling climate change?
To solve the climate problem, we need a huge range of expertise. We’ve got to know things about the physics of the upper atmosphere and the chemistry of the oceans and the economics of carbon taxes and the psychology of consumers who are making decisions about when to drive versus take public transportation. Collective intelligence mechanisms are ideal for bringing together those diverse kinds of knowledge.
Alternatively, just consider the main way conversations about problems happen today: in meetings. A bunch of experts get in a room and talk to each other. You can do some very good things that way, but you can’t begin to constructively and quantitatively put together the knowledge of all these different kinds of experts, not to mention non-experts whose knowledge is also relevant, in just a meeting.

In this talk based on his seminal book, The Future of Work, Thomas Malone describes the evolution of organizational life

The Patrick J. McGovern Professor of Management at the MIT Sloan School of Management, Thomas Malone focuses on both information technology and organizational studies. He is founding director of the MIT Center for Collective Intelligence—where, among other projects, work is being done on a web-mediated discussion and decision-making forum called the Climate Collaboratorium, “a kind of Wikipedia for controversial topics, a Sims game for the future of the planet, and an electronic democracy on steroids.”
Malone’s most recent book is The Future of Work: How the New Order of Business Will Shape Your Organization, Your Management Style, and Your Life (Harvard Business School Press, 2004). He also has co-edited three books: Coordination Theory and Collaboration Technology (Erlbaum, 2001), Inventing the Organizations of the 21stCentury (MIT Press, 2003), and Organizing Business Knowledge: The MIT Process Handbook (MIT Press, 2003). He also has been a cofounder of three software companies, and before joining the MIT faculty in 1983 was research scientist at the Xerox Palo Alto Research Center (PARC). 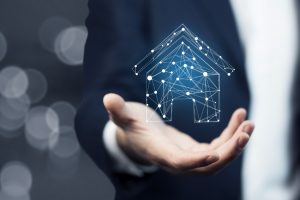 Wholoarchial Currentism is a Civilizational Revolution so advanced technologies like[...]