All talk of radical decentralization as a movement is being systematically stomped out as ICOs are labeled as fraudulent schemes in the shady world of crypto trading even as this is the only possible antidote to tech-tatorship.

Can the public stop the launch of super-platforms from becoming so powerful they are unstoppable? Very very soon super-platforms will be impossible to break up. We have a very short window to change the future narrative of the internet.

The technology cold war with China and the mythical pivot to privacy are being used as the perfect covers.  Few even see this coming; we don’t realize what is happening.

This is creating a firewall against Big Tech being broken up. Centralized big tech will become impossible to regulate or break up, censor or touch with anti-trust probes. Only Google is vulnerable to anti-trust issues to de-couple YouTube from Alphabet.

The political talk of people like Bernie Sanders and Elizabeth Warren helps to continue Silicon Valley centralization. Billion dollar fines are only a slap on the wrist. Silicon Valley lobbying works. Technology is moving too fast for the Government to even begin to regulate, punish or break up.

Facebook is centralizing encrypted chat by uniting WhatsApp, FB Messenger and Instagram chat features so as to monetize them better. Facebook’s acquisitions are being folded into a privately encrypted chat global monopoly monetized through Libra. Facebook’s accumulation of apps is an abusive technology involving human rights violations.

They have too much control over the communications platforms, Facebook, Instagram, Messenger, WhatsApp that billions of people use. They do not admit to being media companies while going after controlling what is considered news.

Combine with Libra and the Libra Association and we can see the biggest Big Tech abuse ever. Facebook will become Libra faster than the FTC or regulatory bodies can probe Facebook’s past. The actions of the SEC are laughable and slow.

Facebook shareholders don’t have a say in how Facebook is managed, it’s a totalitarian board ruled by one person. Not even Wall Street is supposed to work that way.

Big Tech companies are becoming even more monopolistic in the cloud, in advertising, in AI and in bundling arenas and in creating new services.

The Government and military is tethered to Silicon Valley companies so is constrained to do anything serious about their abuses.

The narrative is that United States needs super platforms to compete with the rise of a technological dynasty in China. Get used to your favorite monopolies and consortiums of corporations, Libra Association and Amazon Prime like subscription bundles.

This isn’t capitalism and certainly not social democracy. This is technological controllers dominating politics, dominating the market and steering the course of everything in an asocial direction.

Goodbye privacy of health data and consumer rights. These super platforms will integrate AI into healthcare, getting access to all health, social and cognitive data.

The acquisition of YouTube, WhatsApp, Instagram and so forth were antitrust violations that killed competition in those respective spaces.

Innovation is being exterminated, the number and kinds of startups even getting funding is limited.

The model of Silicon Valley’s emphasis on using capitalization of stock to fuel growth at all costs destroys other real innovation, as these companies create barriers to entry meaning hundreds of startups do not have a chance to make it to a level playing field.

YouTube is a bad actor with inept and corrupted regulation of its content and is just about the only video player in town. They are subsidized in the tune of a billion a year by Alphabet and interests standing behind them for social engineering purposes.

So how do you break up super platforms masquerading as consumer utilities?

Utilities are intended to be for social and human good providing a equal, free and common benefit.

Porteages are to The Fractional Reserve Money System as that[...]

We create a work architecture weaving distinct competencies together to frame[...] 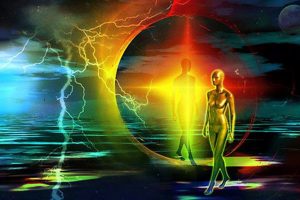 Why Use the Term Current?

The Wholeverse is plasmic, changing in form and information ever[...]