“In the beginning was the Word and the Word was Coherent”

This is where creation begins. All Creation speaks from Words, Vibrational signals we and every type of organization originate.

Born first are plasmic vibrations across scale of a primordial signal. Everything is inter-connected with vibrational presence energy. Verbal language only hints at these realities. But it does convey other things only in its unique and powerful way.

Words have power whether spoken or written or thought. However, our verbal constructions of language have been pre-designed to hinder certain concept recognitions. Thus we cycle the recycled through generations of entrenched language control lost in its ancientness.

Language does not have to hamper us.

Relax about understanding all the new language straight away. Feel for the meaning. Keep flowing. It naturally will come. These Wholonomic Portals are key triggers, impulses. What we have here are more than words. We have “energy language connected by Spirit”. Wholonomics is an envelope to a field to activate our forces for inspired focused Results.

When it comes to the power of words, generations have been dedicated to mastering the art of verbal management and deception. Newspeak cloaks control. Words as agreement are used to enslave both tangibly and as mental cages and as misdirection. Limiting the words acceptable to be used bind our possibilities.

If we write to describe what it is like it’s to fully experience a psychedelic, or kundalini and peak experiences we do so with great limitations and restrictions

Most of humanity are not full participants in the potentiality of life, watching rather others play life out on a flat screen in their home living in a boring significance free existences.

Language separates by chopping up and imposing false limiting descriptors to experiential reality.

There is a much more powerful language and guess who speaks it? The elite controllers.

Going back, the word logos literally means “word” in Greek. Symbols are closer to the language of the Pyranomic hierarchy. Whether corporations, political parties, military branches, banks, sports teams, clubs or secret societies,

Signs and symbols rule the world, not words nor laws.

Indigenous speech is more musical sounding quality greater use of tones and breath. conveys not only concepts but spirit and deeper awareness. From the center of the word expressed come our power and intelligence.

Built into their language, through analogies and metaphors shared interaction with the natural world around.

You hardly have to know what the words mean.

Keeping world blinded to our true identity and infinite potential.

The Lie over humanity is reinforced by our poor, limiting manipulated language, vocabulary, structure skills and tools.

Our weapons of expression, our enlightening vocabulary is purposefully stripped in their campaigns to dumb down, disempower and spiritually blind the world’s citizenry.

Words have imbued power They allow us to recollect the world, our true potential of expression.

Pyranomic engineers have been replacing enlightening ideas and concepts with moronic epithets. They take acute and illuminating words away through oversimplification, repetition of crude concept mantras, and starvation through omission.

We learn to repeatedly use the same forms of expression and descriptions in this form called language. We’re inescapably corralled into a society of similarly communicating beings who speak the same way with the same formulated ideas following the same trends.

This society inevitably subjects you to information through education and popular media using the same conceptual ideas and methods of communication. This becomes your inherent and singular language tool. And we’re seemingly stuck with it. Or so they would have us think.

Where Are We on the Communication Evolutionary Scale?

Are we able to express what we’re really trying to communicate, or are we being limited in our ability to experience due to the lack of latitude our language allows?

Communicating much more wholly, efficiently and dare I say, spiritually, with expanded resonating sounds and intimacy bordering on the intuitive or telepathy? Some already are.

With the language-framed archetypes spoken of by Carl Jung. These are huge concepts, that liberate the mind to freely roam consciousness for how the collective chemistry of the Universe works. It’s open, inspiring and liberating.

“The archetype is like a black hole in space: You only know its there by how it draws matter and light to itself”. Source

Battery of Love and Cohesion

Coes – Are Value defining Co-efficients. They cause the units to be more or less valuable depending on the co-efficient quotient.

Currents – Are mediums of exchange. They have fungibility, having the property where individual units are essentially interchangeable. If an asset is fungible then it can be interchanged or replaced by another identical unit. Being exchangeable for  assets give them their value.

Notes – Have properties of being both fungible (like Currents) and non-fungible (Unique Token Addresses).

Reputation coefficient to worth

Rings and Spheres of Decentralized Wisdom

Source of the Whole

Source Point for the Whole

Source Point for the Whole

Stable Measure of Worth

StableDs– Stable Denominators, gives a stable value both as measurement and as backing to Currents.

Tokens – Are non-fungible which means that they are unique and are distinguishable from other tokens of the same category.

Wholonoetic Physics of The Whole

All talk of radical decentralization as a movement is being[...] 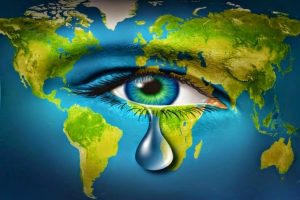