At this point in history, currency creation entrepreneurship has become the fastest way of creating Wealth, and the fastest way to move upward in life. But this opportunity is unlike any other opportunities humans have had in history. Here is how we accumulated wealth and hopefully create value before:

The Hunter Age. After hunter-gatherers became growers and herders, some people realized that it is faster and easier to go take other people’s crops and cattle than grow your own. War became popular. And wealth got a bad reputation.

The Warrior Age. Going to war was the way of creating value for the king. If you came back alive he would give you land and slaves in exchange (you became his vassal).

The Craftsmen Age. The world pretty much stayed that way until about 9th century, when some people (who were too smart to be peasants but not aggressive enough to be vassals) realized that they could avoid being plundered by kings and their soldiers if they organized themselves into bigger groups – that is how cities were born. This is the time people first got the incentive to work harder and smarter, in other words be entrepreneurs. In cities, these people, called craftsmen or artisans, created value by making both useful and decorative artifacts.

The Explorer Age. Cities changed everything. Ideas swirled around and the more ventured out to find the far away lands. They came back with silks, spices and other things people wanted but could not have before.

The Merchant Age. Once the far away lands were discovered, people who didn’t mind the risk of sailing really far to bring back exotic goods became the merchants.

The Mechanization Age. As craftsmen kept perfecting their skill, they came up with machinery. With machines you could mass produce things, thus creating value a lot faster. Owning a machine became the next big thing.

The Industrialization Age. When electricity came around and machines became electric-powered, they started producing even more even faster. Industrialists became the big guys.

The Oil Age. Around this time, cheap cars and trucks came around. With the demand for fuel growing, people realized they could drill for oil. Like the Rockfellers and the Gettys, you would have been big if you discovered oil (or bought up oil futures, or oil companies.)

The Corporate Age. Now that you have trucks, you can distribute your factory’s goods almost anywhere. Factories realized they could reach a lot more consumers, so they organized themselves into factories with lots of departments – that is corporations. Being a corporate executive was the best thing you could do.

The Financial Age. As corporations grew very large, creating value in the order of billions, banks realized that they could buy corporations and resell them for more. Since the corporations were so expensive, even making a small margin on the sale was a lot of money. Being a banker (and doing lots of leveraged buy-outs) became the best thing to do in life.

The Information Age. When corporations started employing hundreds of millions of people, and these people started spending money, banks started to need to manage the transactions – a lot of data. The information age started and technology developed rapidly.

The Startup Age. Corporate workers started realizing that in a group as large as a corporation their contribution was not visible, and even if they wanted to work 10 times harder they could not ask their boss to pay 10 times more. Technology lowered the cost of starting a company. And now being a startup founder is the best you can do.

All of the above ways of creating value still exist. Currents today are the way to create value most quickly with the most impact.

Value is created through work. We discuss this all through Wholonomics.

In “The Origin of Wealth”, Eric Beinhocker scientifically defines the creation of economic value in three key criteria:

Work is (thermodynamically)  irreversible;  or nonlinear.

Produce artifacts’ or actions that are fit for human purposes.

Work begins with value creation delivered in an efficient enough way to generate profit after cost.

value creation is a fundamental concept to understand.

How Value is Created (Value Defined)

In the broadest terms possible, value is created through work. This work could be mechanical (cutting a tree down and turning it into lumber) or creative (creating a logo or writing a paper). Of course, not all work is value-creating (sisyphysian tasks like moving rocks from one place to another, then back).

In his excellent book, The Origin of Wealth Eric Beinhocker offers a scientifically rigorous definition of the creation of economic value, based upon the work of the Economist Georgescu-Roegen:

A pattern of matter, energy, and/or information has economic value if the following three conditions are met:

1) Irreversibility: All value-creating economic transformations and transactions are thermodynamically irreversible. Nonlinear or “in time”.

3) Fitness: All value-creating economic transformations and transactions produce artifacts and/or actions that are fit for human purposes.

Value is created through an irreversible process which gives a resource’s ‘order’ greater usefulness to other humans.

Nearly any activity can be value-producing

Not All Value is Created Equal

As there are an enormous (and ever-increasing) set of possible ways to create value, how do we decide which type to pursue? Is each way of creating value as useful to us as another?

Peter Thiel doesn’t think so. In his incredibly useful book, Zero to One, he talks about the conditions of a successful business. All businesses must create value, but some types of value (and methods of value creation) are more useful than others. His book is summarized in this talk at Stanford:

Creating value by producing a commoditized product is not a pathway to success. Think about the substitutability of your product or service: Do customers have a wide array of other options? Do they have to make a purchase at all? Are you meaningfully distinct from your competitors?

If your industry is in competitive equilibrium, the death of your business wouldn’t matter to the world: some other undifferentiated competitor will always be ready to take your place.

This is the condition for most businesses — what they sell is not unique, but generally substitutable. If you want to create the kind of value that builds a lasting and successful business, Thiel says you must be unique:

Happy companies are different: they as a project earn a monopoly by solving a unique problem.

To solve that unique problem, they develop unique skills and processes:

In the real world every business is successful exactly to the extent that it does something others cannot.

What does your business do that others can’t match?

Note: Delivering a commoditized product with a radically improved cost structure is certainly a Low-Cost Competitive Advantage, and is a very worthwhile method of value creation.

The Evolution of Value Creation

Value Creation Chain through an Organization

For a visual way to consider value creation, let’s take a look at Porter’s Value Chain. The Harvard Business School Professor generalizes all business processes and shows each contributes to the organizations goal to create value for customers:

These ‘Primary Activities’ are the process alluded to in our first definition from Beinhocker, which do the ‘work’ to create the value that customers are paying for:

Inbound logistics — These are all the processes related to receiving, storing, and distributing inputs internally. Your supplier relationships are a key factor in creating value here.

Operations — These are the transformation activities that change inputs into outputs that are sold to customers. Here, your operational systems create value.

Outbound logistics — These activities deliver your product or service to your customer. These are things like collection, storage, and distribution systems, and they may be internal or external to your organization.

Marketing and sales — These are the processes you use to persuade clients to purchase from you instead of your competitors. The benefits you offer, and how well you communicate them, are sources of value here.

Service — These are the activities related to maintaining the value of your product or service to your customers, once it’s been purchased.

Any business will have some version of each of these activities, even if it’s just a one-person service company. This set of primary activities are the foundation for creating value as an organization.

Why the Wholonomics Model and Development Will Succeed

Some Reasons why the Wholonomics Model and Development Will Succeed[...] 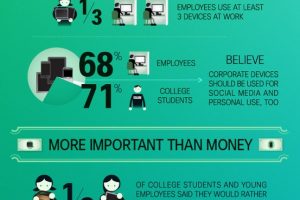 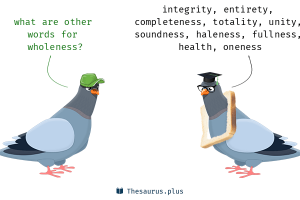 Wholeness, The Whole and Wholonomics

Shalom As Wholeness: Embracing the Broad Biblical Message. As an Old Testament professor,[...]